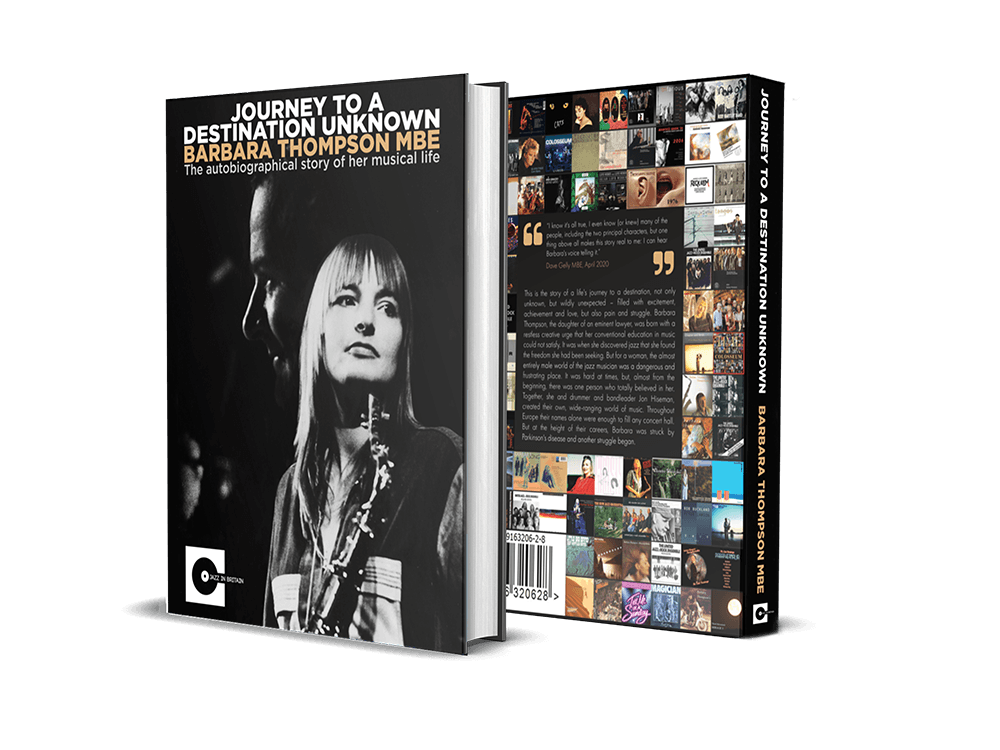 The autobiographical story of her musical life…

“I know it’s all true, I even know (or knew) many of the people, including the two principal characters, but one thing above all makes this story real to me: I can hear Barbara’s voice telling it.”

This is the story of a life’s journey to a destination, not only unknown, but wildly unexpected – filled with excitement, achievement and love, but also pain and struggle.

Barbara Thompson, the daughter of an eminent lawyer, was born with a restless creative urge that her conventional education in music could not satisfy. It was when she discovered jazz that she found the freedom she had been seeking. But for a woman, the almost entirely male world of the jazz musician was a dangerous and frustrating place. It was hard at times, but, almost from the beginning, there was one person who totally believed in her. Together, she and drummer and bandleader Jon Hiseman, created their own, wide-ranging world of music. Throughout Europe their names alone were enough to fill any concert hall. But at the height of their careers, Barbara was struck by Parkinson’s disease and another struggle began.