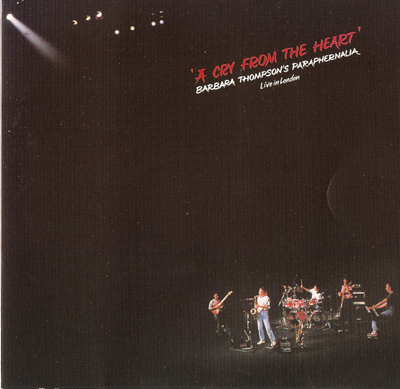 A Cry from the Heart

Barbara Thompson & Paraphernalia: Originally released as a double LP this album features 76 minutes of LIVE music recorded in London in 1987.

Paraphernalia in full flight.  The first time I saw Paraphernalia at Dartington (1984, I think) I was blown away with what an amazingly tight and diverse band they were. This album is a fantastic testament to the strength of that band from Barbara’s beautiful sax and flute playing to Jo Hiseman’s musical drumming. Love it.   Bully – Exeter