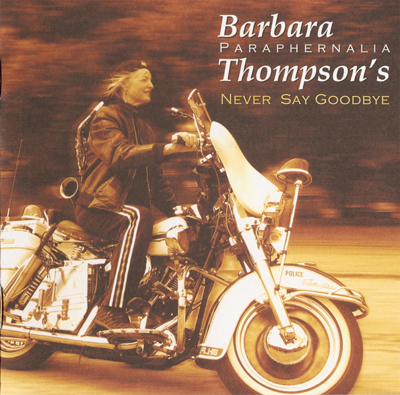 Apart from the Concerto for Paraphernalia, Brass and Saxes “Life in the Fast Lane,” the album features two Jazz classics, John Coltrane’s “Giant Steps” and Benny Golson’s “Are You Real.” both with a sting in the tail! Ana Gracey appears on the title track “Never Say GoodBye – the tango that got away – and two great groovers, “Finger Dancing” & “Son of a Gun” complete a marvellous new album. Keep taking the tablets!