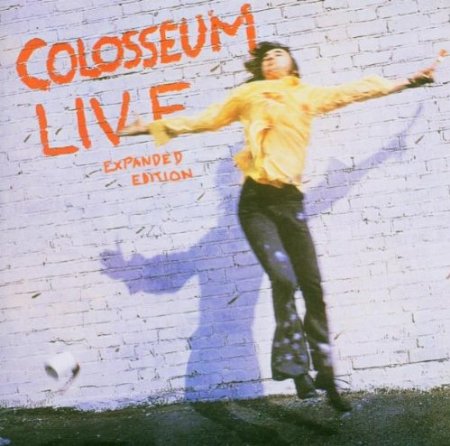 [Deluxe Edition, Original recording remastered] In March 1971, the band recorded its concerts at the Big Apple in Brighton and at Manchester University. Hiseman was impressed with the atmosphere at the Manchester show, and the band returned five days later for a free concert that was also recorded. The recordings were released as a live double album in 1971, Colosseum Live, shortly before the original band broke up.

A masterpiece by superb musicians, 23 Nov 2001
By goldbook (salford, lancashire United Kingdom) – See all my reviews
This review is from: Live: Remastered (Audio CD)

I have to admit that I bought this album when it originally came out in vinyl back in the early 70s and it is my all time favorite of any album. The original crackles and hisses from many thousands of plays and it was well past time to buy the CD.
Listen to the individual brilliance of each of the musicians gelling into a powerful and clever sound. Jon Hisemans drumming on “rope Ladder” is sheer class and is the closest you will hear to the drums being a lead instrument with the rest of the band backing.
Marc Clarke’s bass work has always been vastly under rated. Crank up the bass and listen to his wall of sound at the height of “Lost Angeles”.High class!!!
The track which makes this album is “lost Angeles”. Dave Greenslade’s interweaving keyboards,Dick Heckstall Smith’s amazing sax work and Chris Farlowe’s powerful vocals backed by the superb rythm section lay the bass for the most beautifully constructed guitar solo you will ever hear. It really is a masterpiece.
My thanks to the band for giving me thousands of hours of listening pleasure over the past three decades. If only I’d known about their reformation concert.