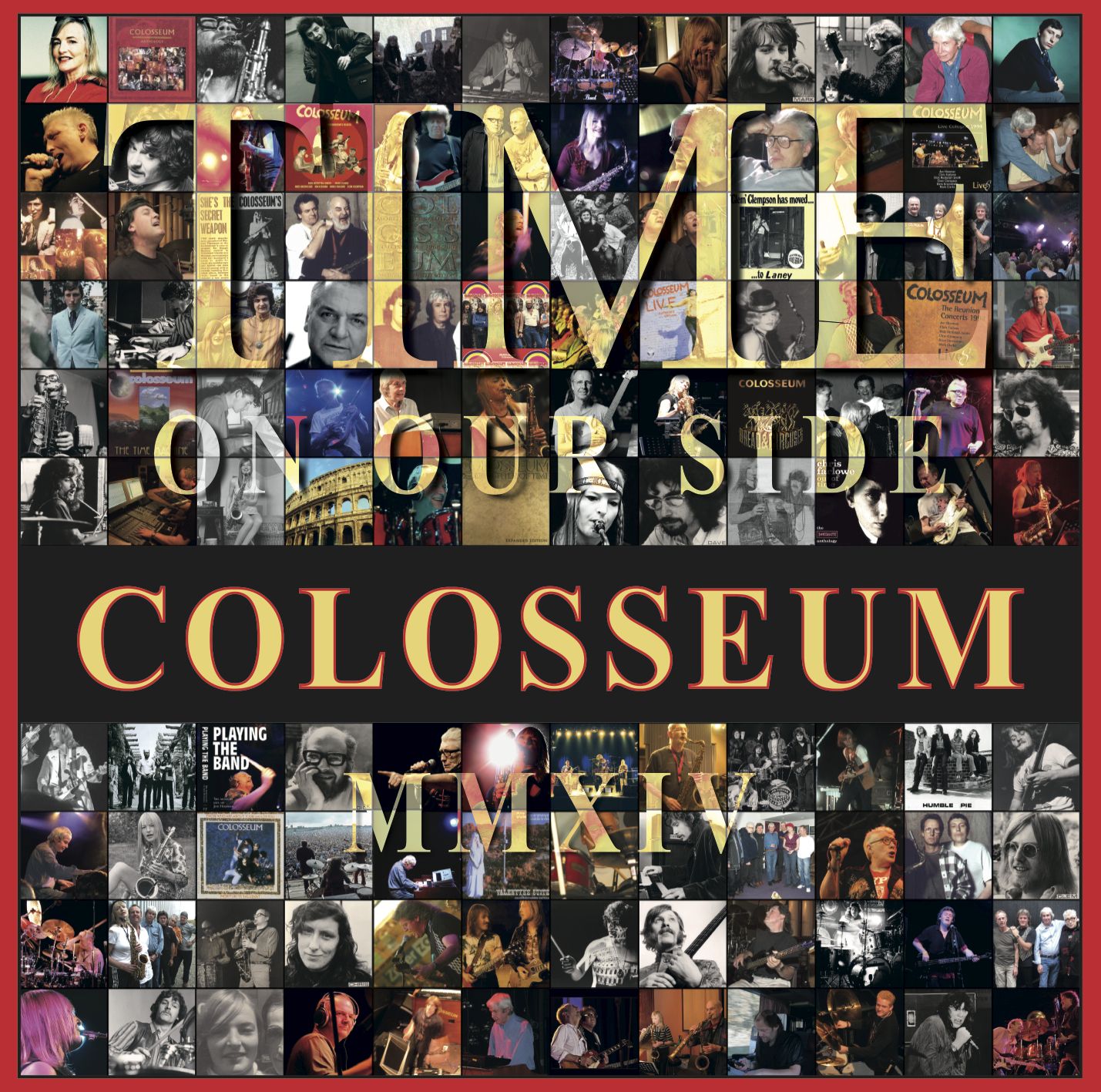 Time On Our Side

To play a new Colosseum album IS to step into the unknown. Anything could happen. All bets are off. While less questing bands are content to issue fading photocopies of their best-selling work, latest album Time On Our Side is the sound of old friends embarking on new adventures. “Whenever we try to recreate the past,” says drummer Jon Hiseman, who co-founded the pioneering British group in 1968, “So the music has changed again, and anyone hoping for Son of Valentyne is in for a shock. Having said that, I think Colosseum sounds like no other band. This unlikely collection of writers and performers seems to have a ‘Colosseum’ effect on the music…”

Released on Ruf Records in November 2014, Time On Our Side walks a creative tightrope, stretching the genre-blurring band’s palette while always showing their inimitable thumbprint. The jiving jump-blues of “City Of Love”. The shape-shifting jazz of “Dick’s Licks”. The stacked harmonies of “You Just Don’t Get It”. The melancholy ache of “New Day”. It feels like Colosseum, even if it doesn’t always sound like them.

Hiseman cites the original mission-statement as “rocky, jazzy rhythms, vocals with intelligent words, improvised solos” — but in truth, there’s not a pigeon hole in the world that can contain them. Eleven years have passed since Tomorrow’s Blues: a lifetime in rock’n’roll. Time On Our Side may have been a pleasure to record, at Hiseman’s own Temple Music Studio in Surrey, yet its completion marks the end of a period of some uncertainty. “We started it in 2010 by meeting in the studio and playing through demos that had been written by the band members„” the drummer remembers. “But after 2010, the future of Colosseum was always going to be decided by whether Barbara would be able to tour again…”