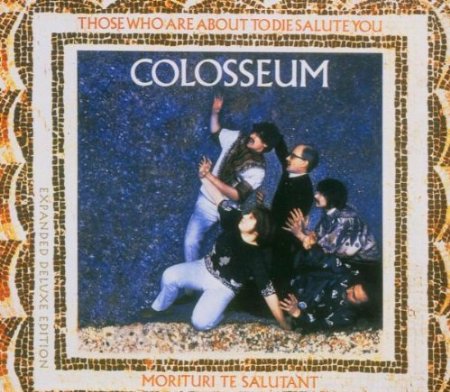 Those Who Are About to Die Salute You

Colosseum made their live debut in Newcastle and were promptly recorded by influential BBC Radio One DJ John Peel for his Top Gear Radio program. This appearance gained them valuable exposure and critical acclaim.

Colosseum’s first album, Those Who Are About To Die Salute You, was released by the Fontana label in 1969.

Brilliant and timeless…,10 July 2008
By nicjaytee (London) – See all my reviews

This review is from: Those Who Are About to Die We Salute You (Audio CD)

Featuring some of the best, road-honed musicians from the UK’s mid/late 60’s R&B scene, Colosseum’s first release is one of the most interesting & exciting albums of its era. Why? Well first off it’s underpinned throughout by some quite superb playing, including Dick Heckstall-Smith’s wonderfully gutsy, brilliantly executed sax breaks, and a series of strong, unforgettable melodies that, on their own, make it a stand-out record. But what elevates it into a different league is the way it takes “standard” British Blues and shakes it up into something very different by incorporating large elements of modern jazz and the emerging progressive rock scene into the formula. Sure there are moments of self-indulgence, in particular on “Beware the Ides of March”, but even these somehow fail to intrude on the incredibly powerful drive that just keeps pushing everything along. And on the way this self-evidently enthusiastic, highly ingenious and unfortunately short-lived combination deliver some quite stunning numbers, including the magnificent “Debut”, “Walking in the Park”, “Plenty Hard Luck”, “Backwater Blues” and “The Road She Walked Before”.

Brilliant and timeless “Those Who Are About to Die..” is a marvellous example of jazz-rock crashing head-on into the blues to produce an album that remains as effective and enjoyable today as it was all those years ago.