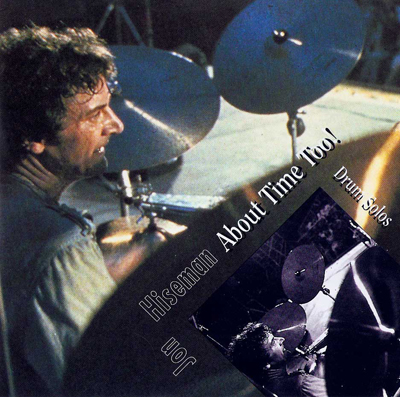 About Time Too! The Drum Solos

The Jon Hiseman drum solos album – recorded during live performances with the United Jazz and Rock Ensemble and Paraphernalia during 1985.

Released on CD in 1991 with an extra drum solo, several famous people are known to do the washing-up to this album.

Says Jon: “it’s excellent for parties when you want people to leave”.